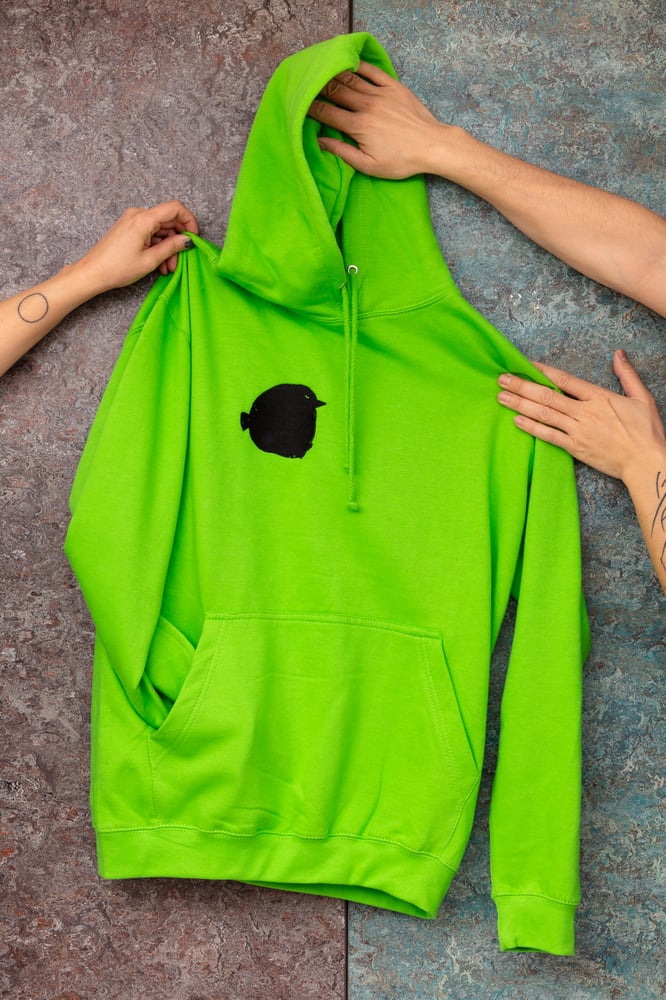 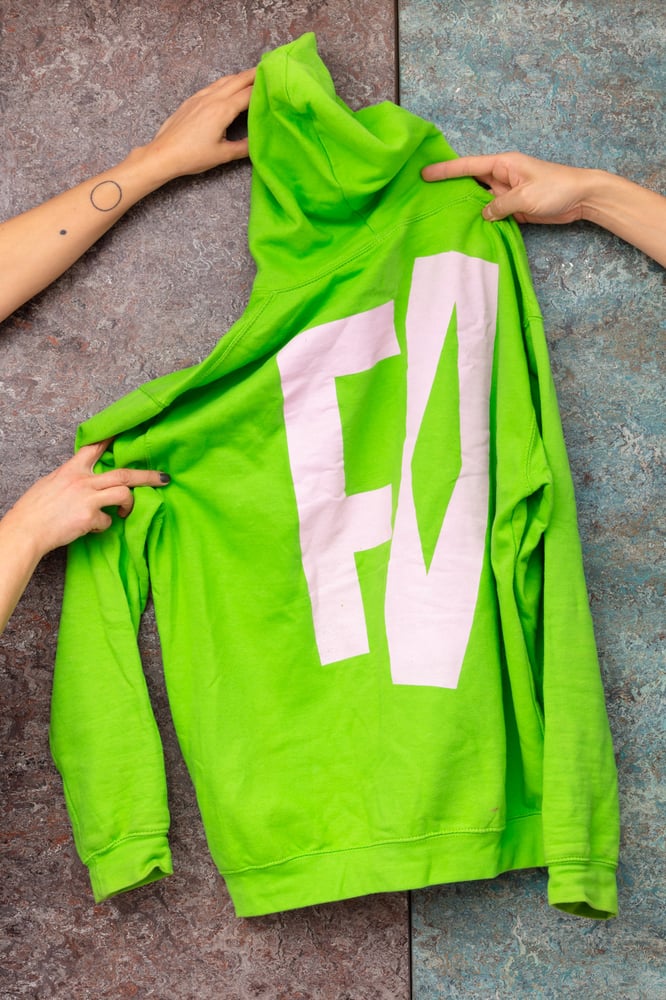 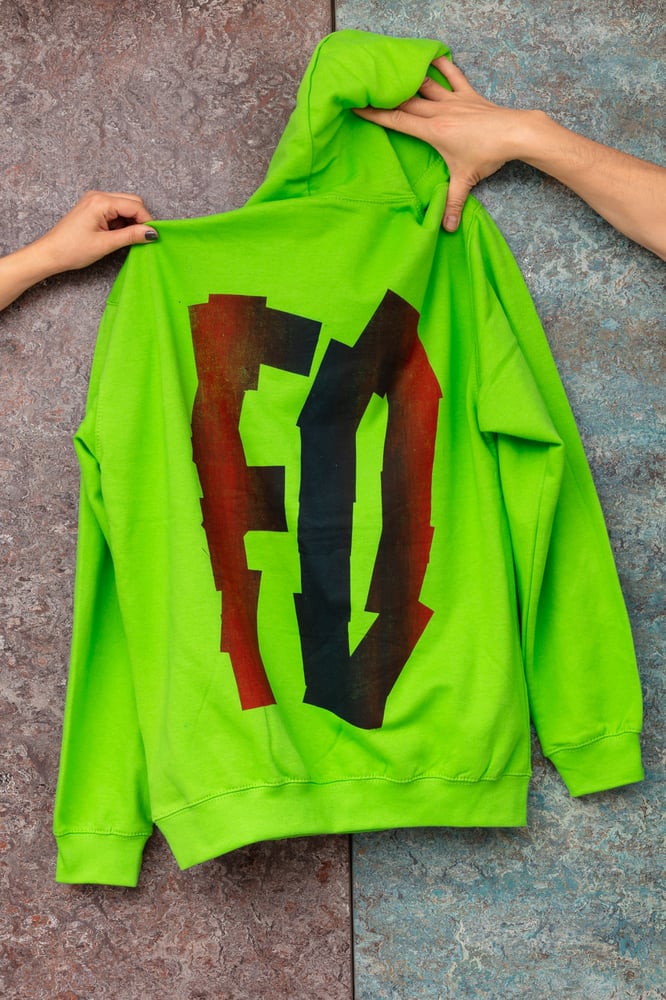 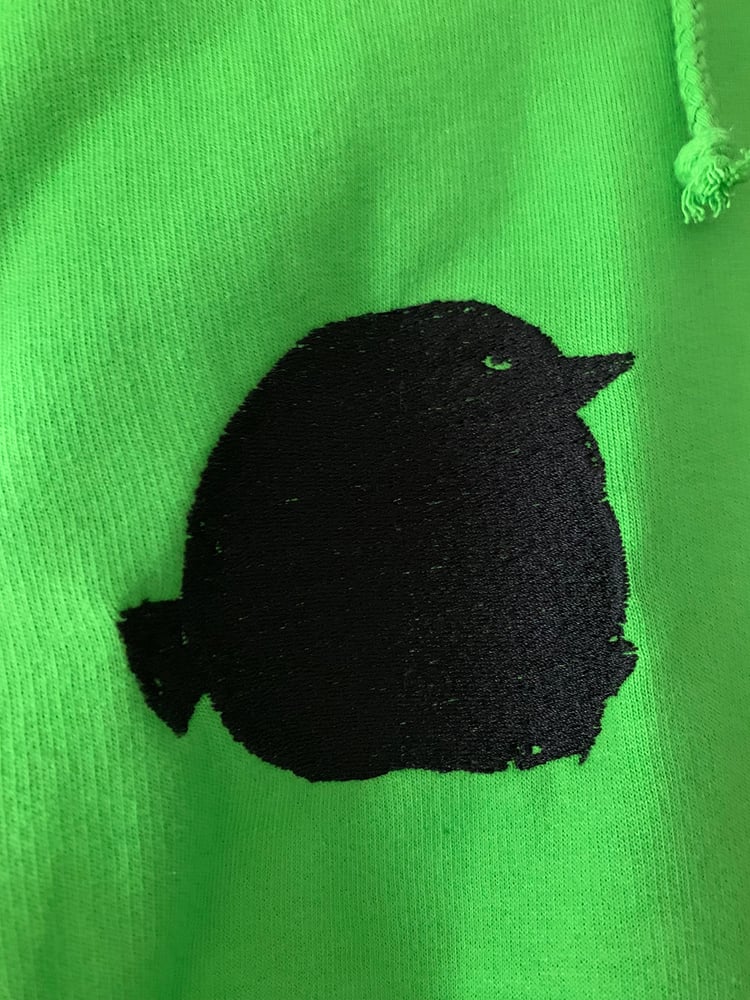 Fugu Okulu (2018), centred on a Japanese fish — its stomach contents more deadly than cyanide — that has been seen in Turkish waters since 2003 because of two human endeavours, the construction of the Suez canal and much later, global warming: in Japan it is a rare delicacy, in Turkey a threat to national security, an invasive species and unwanted immigrant. The fish becomes an educational tool, from which students are taught a complex weave of geopolitics and most subjects from cooking to global warming that connects the two countries in the way of a sweatshirt, the uniform of the Fugu Okul, the Fugu School.

*Please note these are hand printed, all backs are different!