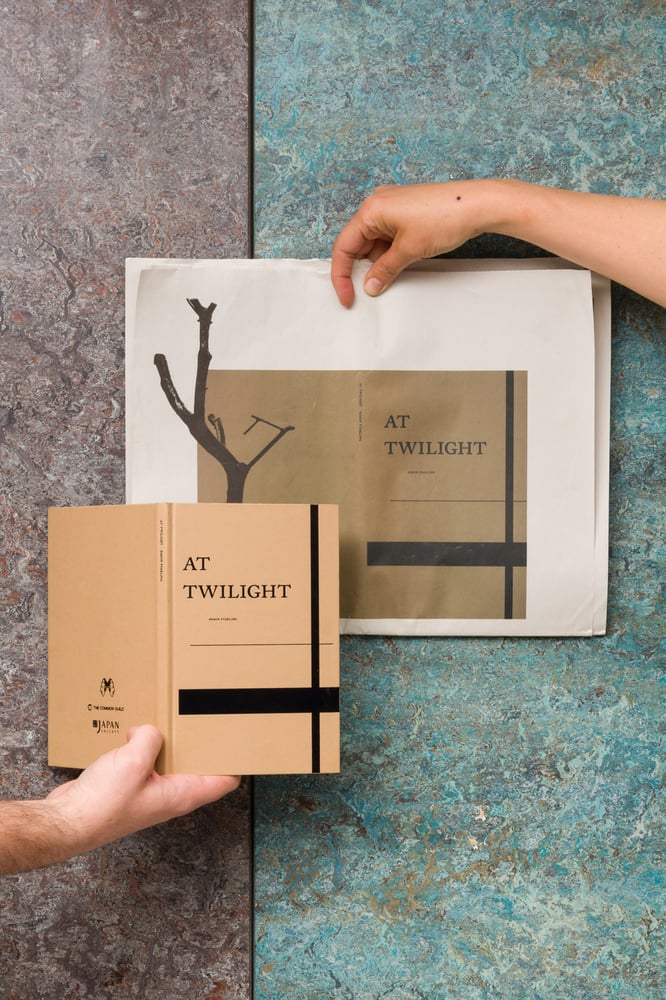 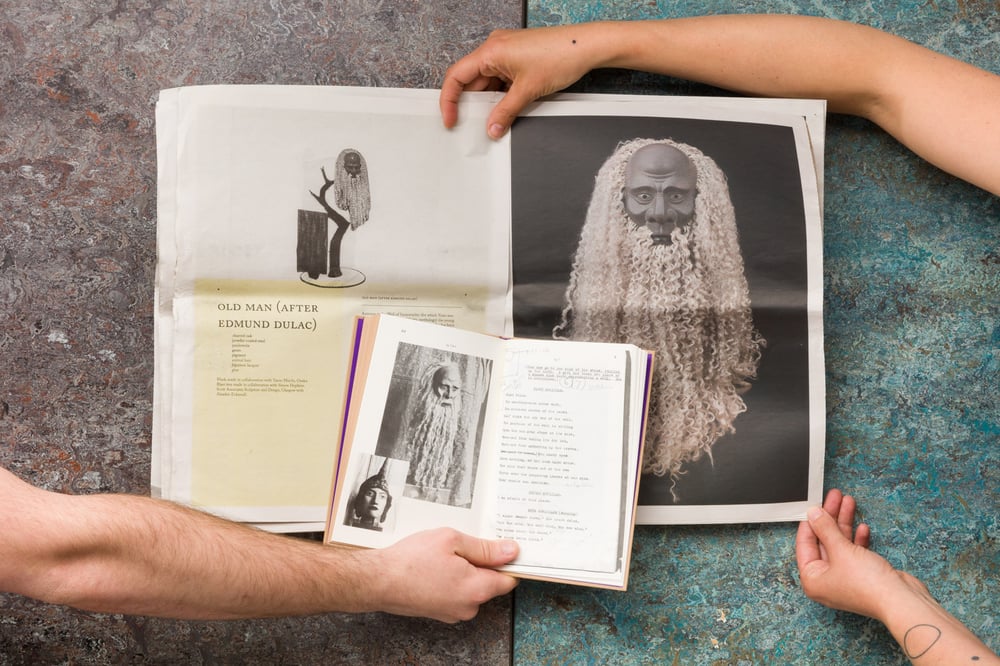 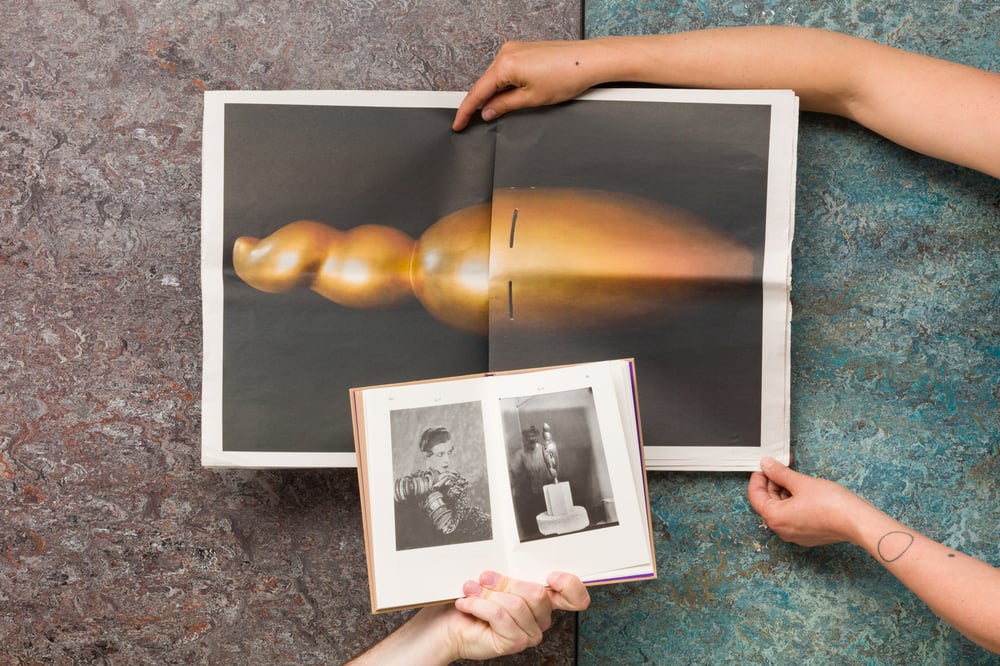 A publication in two parts: one a hard-bound book that includes the script for At Twilight: A play for two actors, three musicians, one dancer, eight masks (and a donkey costume) by Graham Eatough and Simon Starling, first performed in Glasgow in 2016; and the other a tabloid-format newspaper that documents the exhibition At Twilight and the live performances. The publication also includes texts by Katrina Brown, Director of The Common Guild, and Yukie Kamiya, Director of The Japan Society Gallery, alongside character biographies written by Simon Starling and source material selected by the artist. Designed by graphic design collective Åbäke to accompany the exhibitions At Twilight at The Common Guild 2 July – 4 September 2016 and At Twilight (After W.B. Yeats’ Noh Reincarnation) at Japan Society, New York 14 October 2016 – 15 January 2017. Published by The Common Guild, Japan Society, New York and Dent-de-Leone.