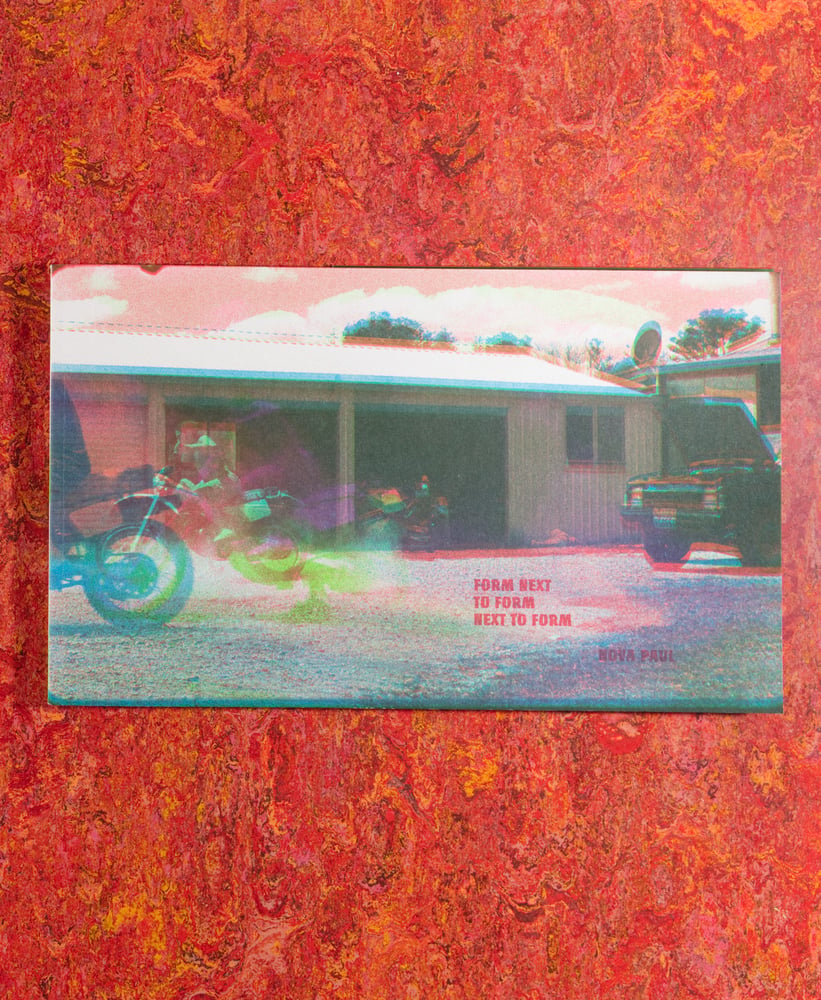 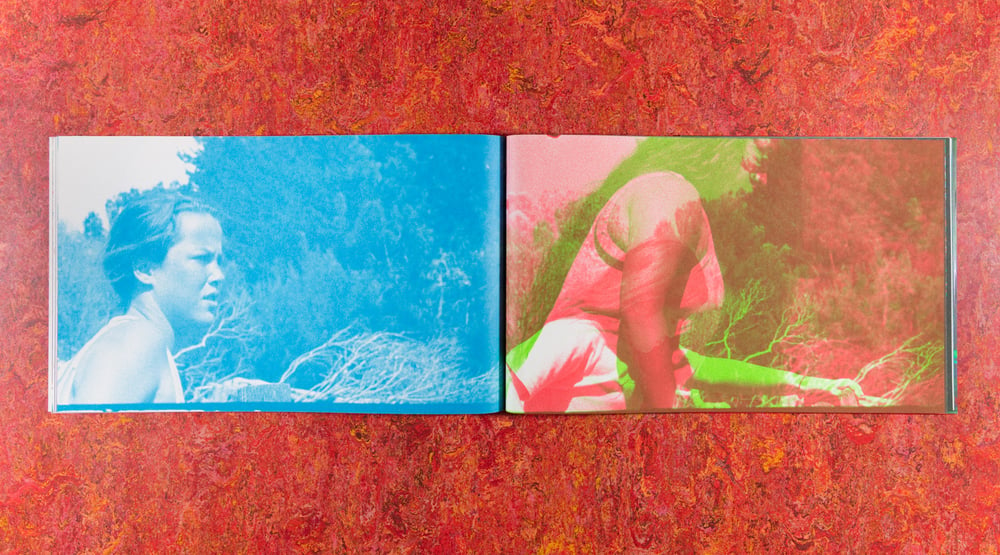 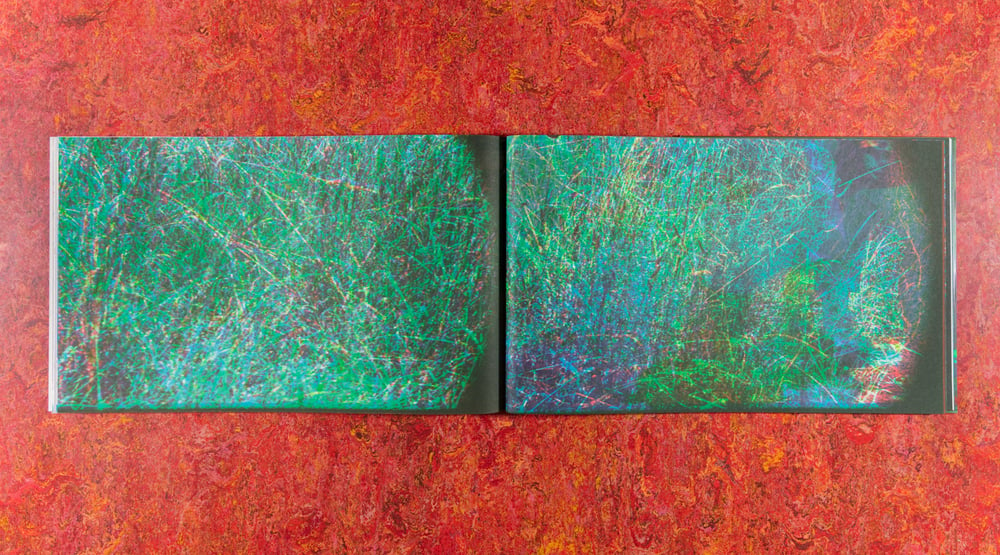 …is a book made from stills from Nova Paul’s 16mm film This is not Dying (2010). Two pieces of writing are included, Karl Steven’s liner notes on musician Ben Tawhiti and Gwynneth Porter and Nova Paul’s essay The Virtues of Trees that like a tree grew from conversations over a year, spanning into ideas of sovereignty, resistance, film analysis, genealogy and care of self and the world around us. RGB print processes were used in its design to echo the RGB optical process of three-colour-separation film itself. Whakarongo Mai, played by Ben Tawhiti on slide and steel guitar for This is not Dying, is reconfigured here on 7″ LP.