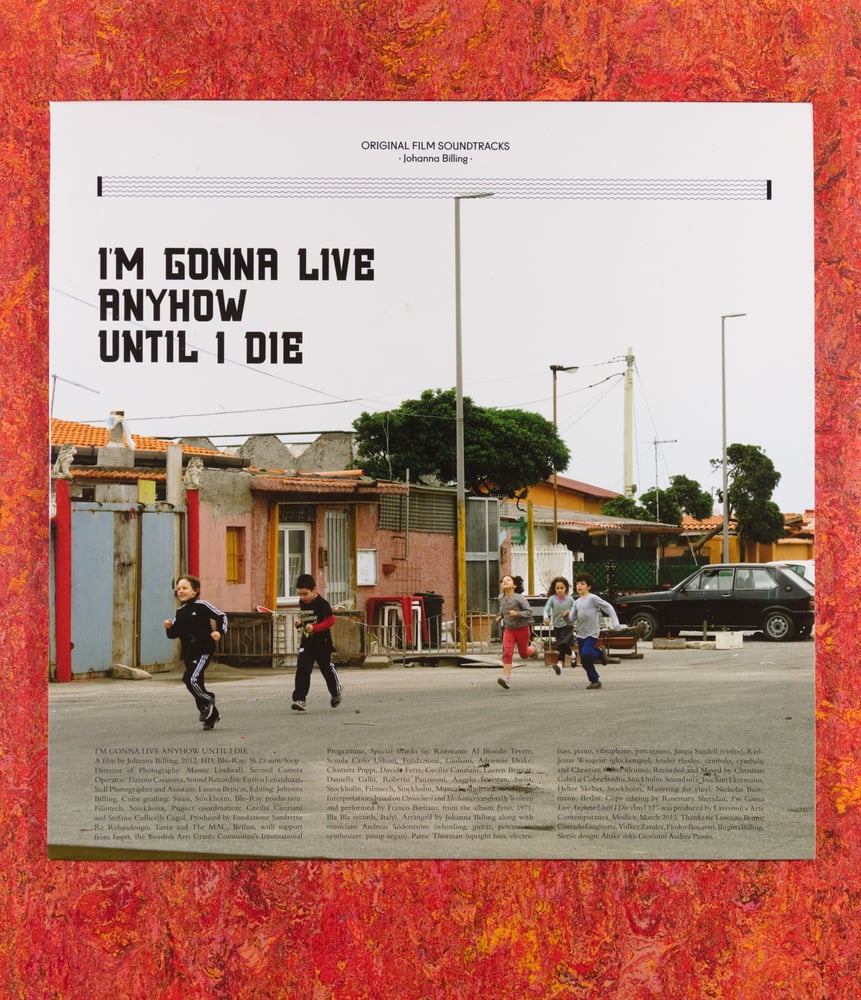 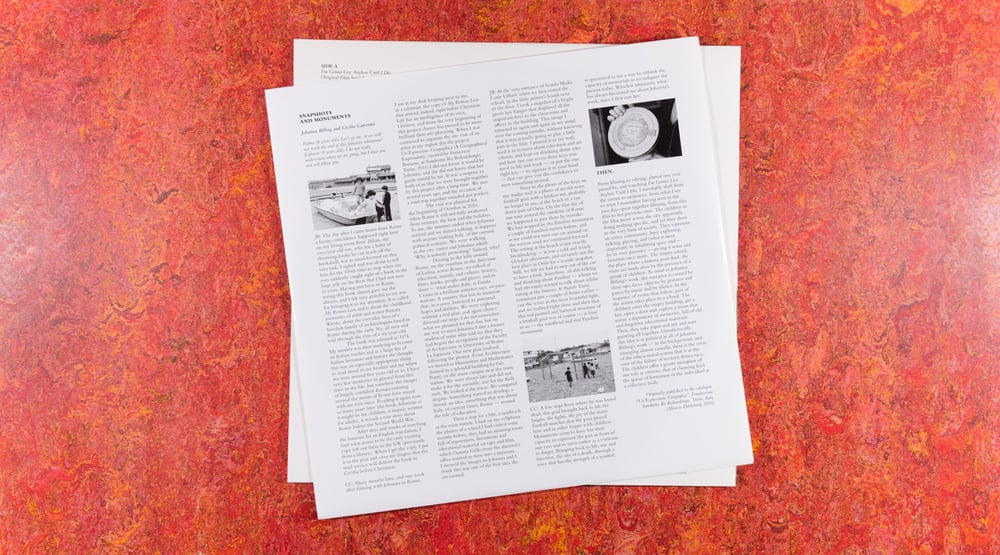 The soundtrack album for I’m Gonna Live Anyhow until I Die, a record produced for Johanna BIlling’s solo show at Modica’s La Veronica Gallery in Sicily, was conceived as a tribute to the coincidences and happenstances that we should all learn to heep and develop. The two musical soundtracks on this album are featured as part of the full film soundtrack, and as specially recorded album edits. They are instrumental interpretations of songs by Sicilian-born singer-songwriter Franco Battiato, from his 1971 album Fetus, which was censored at the time in Italy for addressing controversial issues.